When Does Mosquito Season Start?

Most people probably don’t give much thought to mosquitoes – until there is the sure sign of a mosquito bite. While mosquito season is usually associated with the hotter summer months, it actually begins much earlier and extends well into autumn. Homes And businesses can now be protected with our Mosquito Magnet® Traps. Quick-fix mosquito solutions that only last a few weeks won’t get the job done. A mosquito control program needs to be implemented on a long-term basis in order to provide effective, lasting protection throughout the mosquito season. 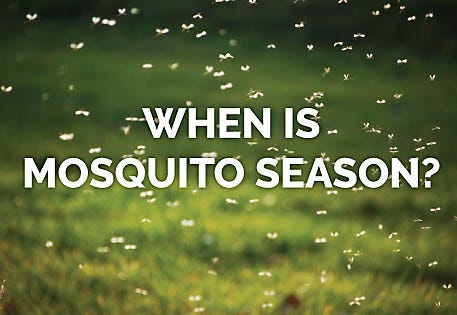 The Concerns Around Mosquito Season

There’s no doubt that mosquitoes are an annoyance to most people. There’s nothing like a swarm of pesky mosquitoes to ruin a fun evening on the deck or patio with family, or to send barbecue guests running for cover. But some of the 176 known mosquito species in the United States can also pose a health hazard to people and animals. Examples of potentially serious mosquito-borne diseases include eastern equine encephalitis and West Nile virus, which in severe cases can result in brain damage and even death. In 2014, the first cases of an affliction known as chikungunya — which can cause fever, rash, severe joint pain and other health issues — were reported in the U.S. 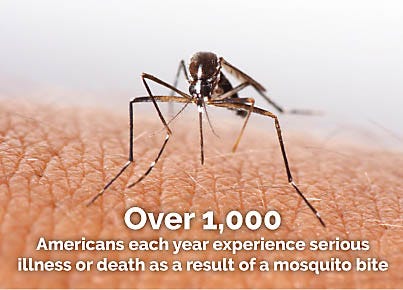 When Does Mosquito Season Start?

When Does Mosquito Season End?

Again, the temperature plays an important factor. As the weather begins to cool, there is a decrease in the level of mosquito activity. Non-hibernating mosquitoes will begin to die off as the temperature approaches the 50° F mark, while the hibernating species will start to seek winter refuge in hollow logs, abandoned animal burrows and other convenient hiding spots. The first frost is usually a reliable sign of the end of mosquito season. However, it’s possible that some hibernating mosquitoes will emerge during unexpected warm spells during winter, only to return to their hiding places when the temperature drops.

Since mosquito activity is so closely linked to temperature, the actual mosquito season can vary greatly from one region to another — and even from one year to the next. As you might expect, the warmer the climate, the earlier the mosquito season starts and the longer it’s likely to last. While residents in some areas of the U.S. may not see the first mosquito until May or June, others will have to start dealing with the flying pests as early as February. In the extreme South and Hawaii, mosquito season has been known to last throughout the year! 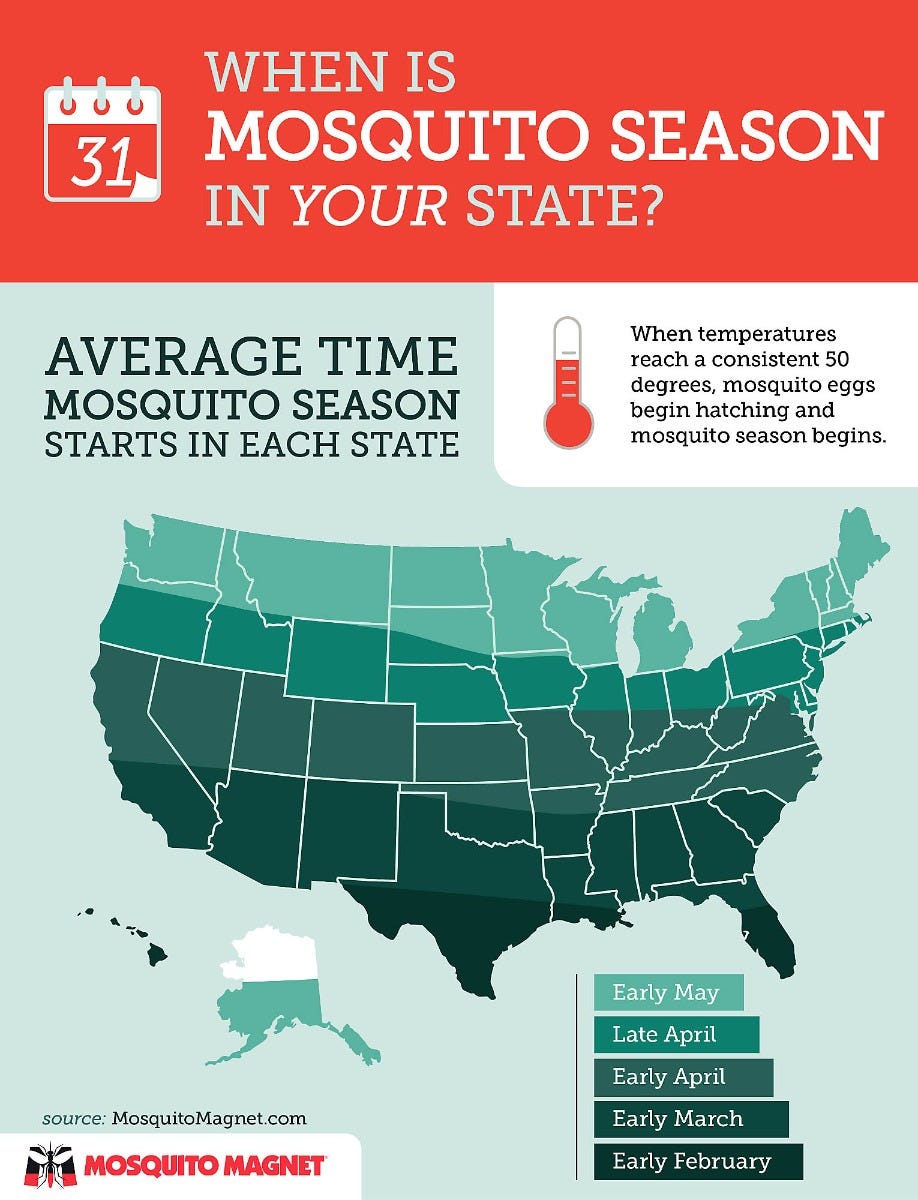 Many property owners wait until they see a swarm of mosquitoes – or until they have been bitten – to begin the mosquito control process. However, by this time, infestation has probably already occurred. The actual preparation for mosquito season should begin much earlier, before the mosquitoes have had the chance to promulgate. As the weather warms, the mosquito breeding cycle time shortens, which ultimately results in an increase in the number of mosquitoes on your property. This means you’ll want to get started while the weather is chilly – before the temperature consistently reaches that magical 50° F plateau.

Mosquito-Proofing Property is the First Step

It’s never too early for property owners to begin the process of creating a mosquito-proofing. Take steps to make a yard less inviting to mosquitoes, and making sure they don’t have easy access to the inside of a home:

Remove any objects that collect water — Anything that could hold standing water could be dangerous, since these objects can serve as primary mosquito breeding grounds. Mosquitoes require only a small amount of water for depositing their eggs. Flower pots, birdfeeders, old tires, wheelbarrows, and buckets are just a few examples of favorite mosquito habitats.

Clean clogged gutters — Gutters tend to become clogged with leaves and other debris during the course of a long winter. Flooded roof gutters and clogged drainage systems create standing water that attracts mosquitoes in droves.

Fill in low-lying areas — Ditches and other low-lying areas also collect standing water after a rainfall. After the snow melts, property should be surveyed for potential trouble spots and fill them in wherever possible.

Fill in hollow logs — By filling in or removing any hollow logs, another standing water source can be eliminated, while also removing a potential habitat for hibernating mosquitoes in the winters to come.

Repair damaged or ineffective window screens — Window screens should be repaired before they are installed for the warmer weather. Tiny mosquitoes can find their way into your home through the smallest tear in your screens. Replacing worn screens or ones with large openings will help keep mosquitoes out. A 16-18 mesh is the recommended size for pest control purposes. For a screened-in deck, porch or patio, the screen condition should also be checked.

Repair cracks and leaks — Cracks in a foundation or exterior walls can provide easy entry for mosquitoes and should be sealed. Leaks that could create pools of water should be repaired as well.