If your store is along the migration route of Ruby-throated Hummingbirds, you may need to get your feeder and nectar supplies ordered. Each spring and autumn, you can expect increased traffic in your bird feeder aisles as customers stock up to help out these amazing birds.

At the same time, you can also introduce new homeowners and even businesses to these wonderful miracles of nature.

Ruby-throated Hummingbirds may be small in size, but they are big in iridescent colors. Males show off emerald green backs and crowns, white or gray bellies and bright red throat patches.

Females have similar green and white colors; however, they don’t have the ruby colored throats that the males do.

Each year, Ruby-throated Hummingbirds, along with a few other hummingbird species, take part in a long journey known as migration. 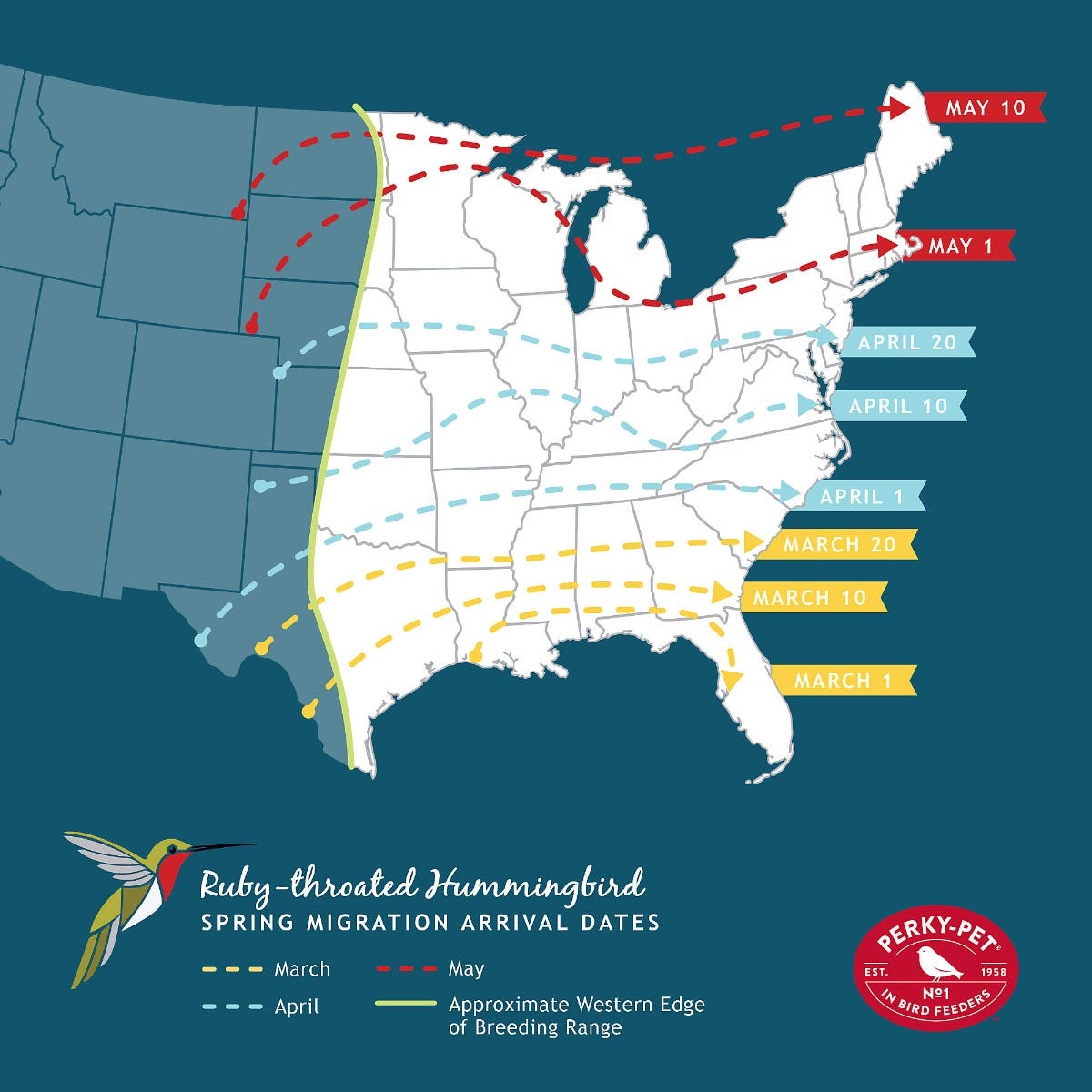 How to Help During Migration

Encourage your customers to help out hummingbirds as they undertake their migration. Suggest they: