It’s hard not to “make a mountain out of a molehill” when your customer comes in and complains how their luscious lawn has become pockmarked with holes.

In addition to ruining the aesthetic of a yard, make your customers aware that their plants and vegetables could die from root exposure. Further, mice, voles, snakes, spiders and insects can use these tunnels to hide or to gain access to roots and bulbs.

With these considerations in mind, your customers will want to take steps to remove their problem moles.

Is That a Molehill?

There are many burrowing animals, but the entrance leading to and from a mole’s tunnel is rather distinct, often described as having a volcano shape. The mole creates this entrance while burrowing, and the displaced soil rolls down the sides of the pile, which creates the conical shape. These volcano cones are often connected by underground tunnels that, on the surface, look like raised trails. 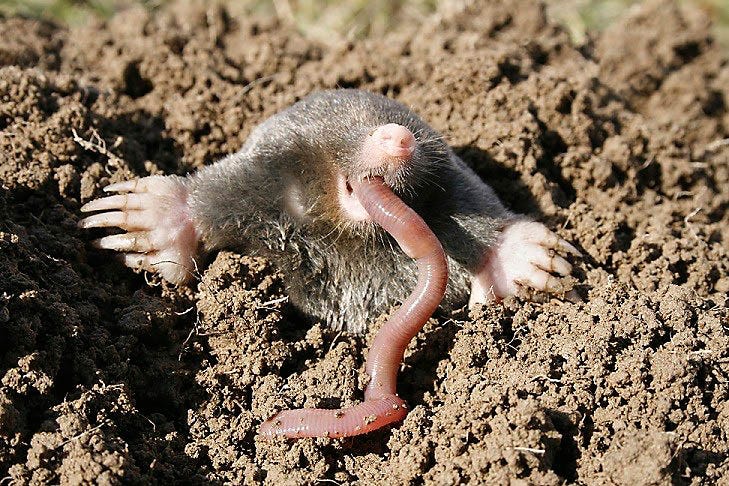 How Did a Mole Find My Yard?

If moles aren’t interested in vegetables, why do they invade yards? What do moles eat?

Often believed to eat plant roots, moles are not herbivores. Instead, they only disturb the plants in search of grubs, earthworms and other animals living off the soil and plants in the yard. It’s their search for these creatures that end up wrecking a lawn as they push roots out of the soil and separate them from the moisture and nutrients these plants need.

Additional points to explain to your customers: 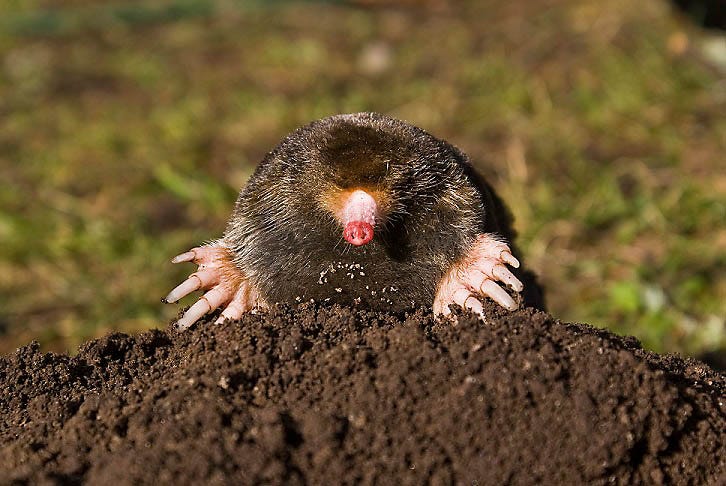 How to Remove a Mole

There are a number of methods for driving out moles. Poisons and traps can eliminate your customers troubles for good, but if you do not want to kill the critter, products that repel moles are available that can work just as well.