How to Get Wasps & Hornets to Buzz Off

Having property means your customers will often have maintenance issues to deal with, and few can be as delicate as identifying and removing wasp and hornet nests.

Wasps, hornets and bees present a difficult challenge for anyone. These insects pose a threat to people visiting a yard or business property because they aggressively defend their nests by stinging creatures they view as a threats.

“Bees!” — That’s the typical screeching reaction people have at the sight of a yellow-and-black flying insect. For the most part, however, bees aren’t what they should be worried about. Instead, it’s the wasps and hornets who give people the most trouble. Let’s take a look at the most common bee, wasp and hornet types present in the U.S. and Canada: 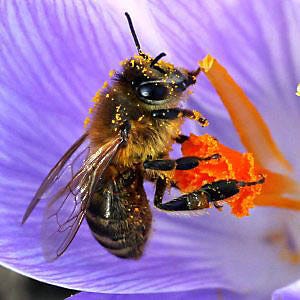 AFRICANIZED BEE FACTS: These insects were created in 1957 after some imported African honey bees crossbred with those in South America. The result was a highly aggressive species that began expanding its range. As recently as 2011, these bees were found in the northwestern U.S.

A bit smaller than a typical honey bee, these bees tend to be easily provoked into defending their hive. As a result, they can attack in tremendous numbers and pursue their perceived threats farther than every other insect on this list. Like their honey bee “parents,” Africanized bees die shortly after deploying their stinger. These bees are most common in the extreme southern U.S. It’s best to advise your customers to hire a professional to handle these insects. 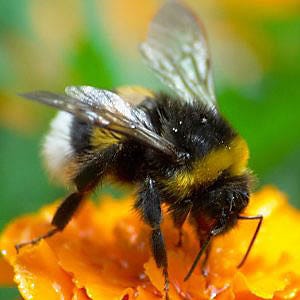 BUMBLE BEE FACTS: There are nearly 40 species of bumble bee in the U.S. and Canada. These slow flyers are often seen visiting flower after flower in a garden. Most of these fuzzy, oversized bees are black and yellow, though some also have orange banding. Bumble bees live in small colonies, and they defend their nests vigorously by stinging and pursuing threats to hive safety. Their stings are said to be painful. The upside is that they rarely sting while foraging, only in defense. 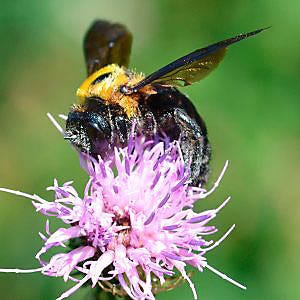 CARPENTER BEE FACTS: These bees are primary pollinators and common visitors to suburban flowerbeds. When threatened, these bees make a show of aggression but rarely sting. In fact, in many species of carpenter bee the males have no stinger at all. The only real threat carpenter bees pose is to wood structures – they will bore holes in wood to create chambers for egg laying. 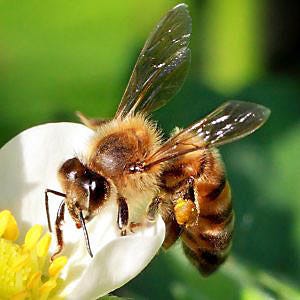 HONEY BEE FACTS: These bees were introduced to North America in the 1600s and spread throughout the continent and into South America shortly thereafter. Individual bees should not be considered a threat – they’re just looking for nectar to make honey. A hive, however, should be dealt with especially if it’s not under the control of a beekeeper or too close to (or inside!) a building.

If your customer has a problem with a honey bee colony, an exterminator is not the best answer. Instead, contact a bee removal expert who can capture the queen and put the colony to good use. For a trained expert, bee colonies can be quickly removed and then relocated to work as crop pollinators.

Honey bees rarely sting unless provoked – usually if they feel the colony is threatened and when they do, they attack in large numbers. Unlike most other insects on this list, honey bees can only sting a target once and they die shortly after. These stings inject a poison that can cause severe reactions, especially when a person suffers a number of stings.

Please note to your customers that the situation for honey bees in North America and Europe is especially dire. In recent years, hives have been afflicted with Colony Collapse Disorder, which severely depopulates commercial and natural hives to the point where some cannot survive. When these population declines hit commercial hives, agricultural production can also be severely stunted. Scientists have had a difficult time determining the exact cause of CCD, though several theories are being explored. These include the overuse of synthetic pesticides and fungicides, weakened immune systems within the bees, climate change, increases in parasite attacks and the effects of genetically modified crops on bees. Whatever the reason for CCD, it’s absolutely vital to allow honey bee hives to stay healthy and grow – please try to keep your customers from using any pesticide on these hives. If your customer has a troublesome honey bee hive on their property, help them get in contact with a professional beekeeper. 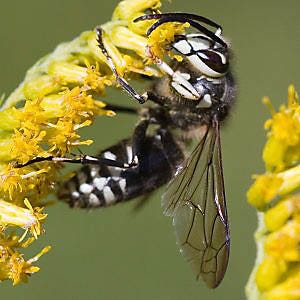 BALD-FACED HORNET FACTS: A number of cues can trigger a bald-faced hornet swarm to attack. Those cues can include approaching within three feet of the nest, making loud noises or vibrations, jostling the nest or sudden visual changes in the environment. When a colony goes into attack mode, individual wasps sting and inject venom into their target. If they cannot reach the target (if they are separated by a screen, for example) the bald-faced hornets will squirt venom into the eyes of the perceived threat. 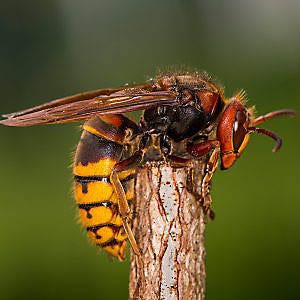 EUROPEAN HORNET FACTS: These insects, which were first brought to North America in 1840, differ from most wasp species in that they are active day and night, so tell your customers to be careful when treating them. They are attracted to light, so during nighttime eradication efforts place a light in one spot and treat the nest from another area. In general, European hornets are less aggressive than bald-faced hornets and yellow jackets. Since these hornets are often discovered with a well-established colony of 300 or more workers in hard-to-reach areas, it’s best to allow a professional to remove the nest. 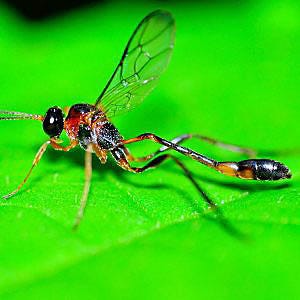 MUD DAUBER FACTS: These highly beneficial wasps are predatory insects that rarely sting people, instead they can make a significant impact on other pests in your yard or garden. If a customer must remove their nest, dousing it with a water hose is often all the effort required. 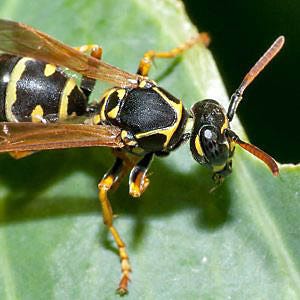 PAPER WASP FACTS: Paper wasps feed on nectar and insects, which technically make them a beneficial insect. Away from their nests, they will rarely sting (unless handled). The problem comes when people or pets get too close to their umbrella-shaped open-face nests – they’ll launch themselves on such threats and attack with their stingers. The sting of a paper wasp is said to be more painful than honeybee stings and can produce reactions in those allergic to their venom. Still the threat from paper wasps is relatively low because of their small colony size and tolerance (within reason) of passersby. 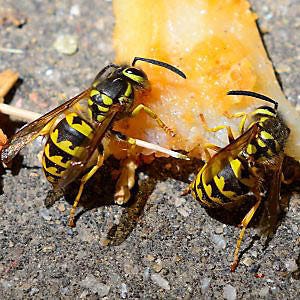 These highly aggressive insects develop large colonies that are fervently defended. As a result, intruders can be swarmed in a matter of minutes, often getting stung hundreds of times. These insects are especially fond of foraging in and around trash piles and garbage cans. They are a common invader to outdoor picnics.

How to Get Rid of Wasps, Hornets and Yellow Jackets

To to eradicate wasps and hornets from a property, advise your customers to exercise extreme care and properly prepare.

Additionally, at the start of insect season set out one of these wasp and hornet traps: