To get rid of mice, simply set mouse traps and wait until they're caught, right? Well, yes. But it's possible that a consumer may not be doing it as quickly and effectively as possible. Here are seven common mouse-trapping errors people make, and, more importantly, seven smart and effective strategies that should be used instead. Try them, and see how to get rid of mice swiftly and easily.

MISTAKE: RUIN THE BAIT INSTEAD: KEEP YOUR HANDS OFF 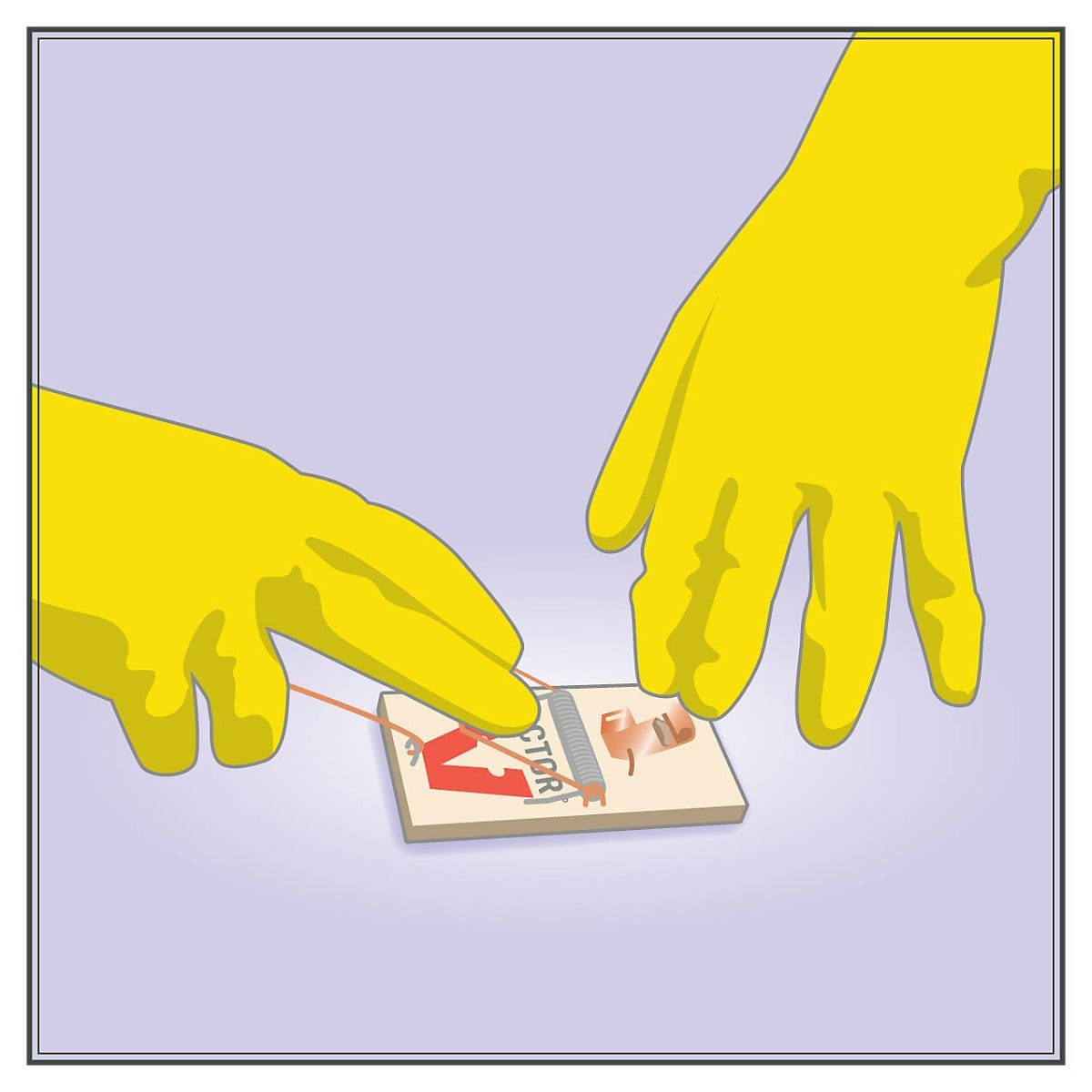 Mice can detect the scent on traps that have been handled and may then stay away from them. To prevent that, wear gloves when handling mouse trap bait and setting mouse traps. Gloves used for food preparation, health care, or washing dishes all work well. (Be sure to wear gloves to handle a trap after it has caught a pest to protect from disease.)

MISTAKE: USE THE WRONG FOOD INSTEAD: PICK BAIT MICE CRAVE 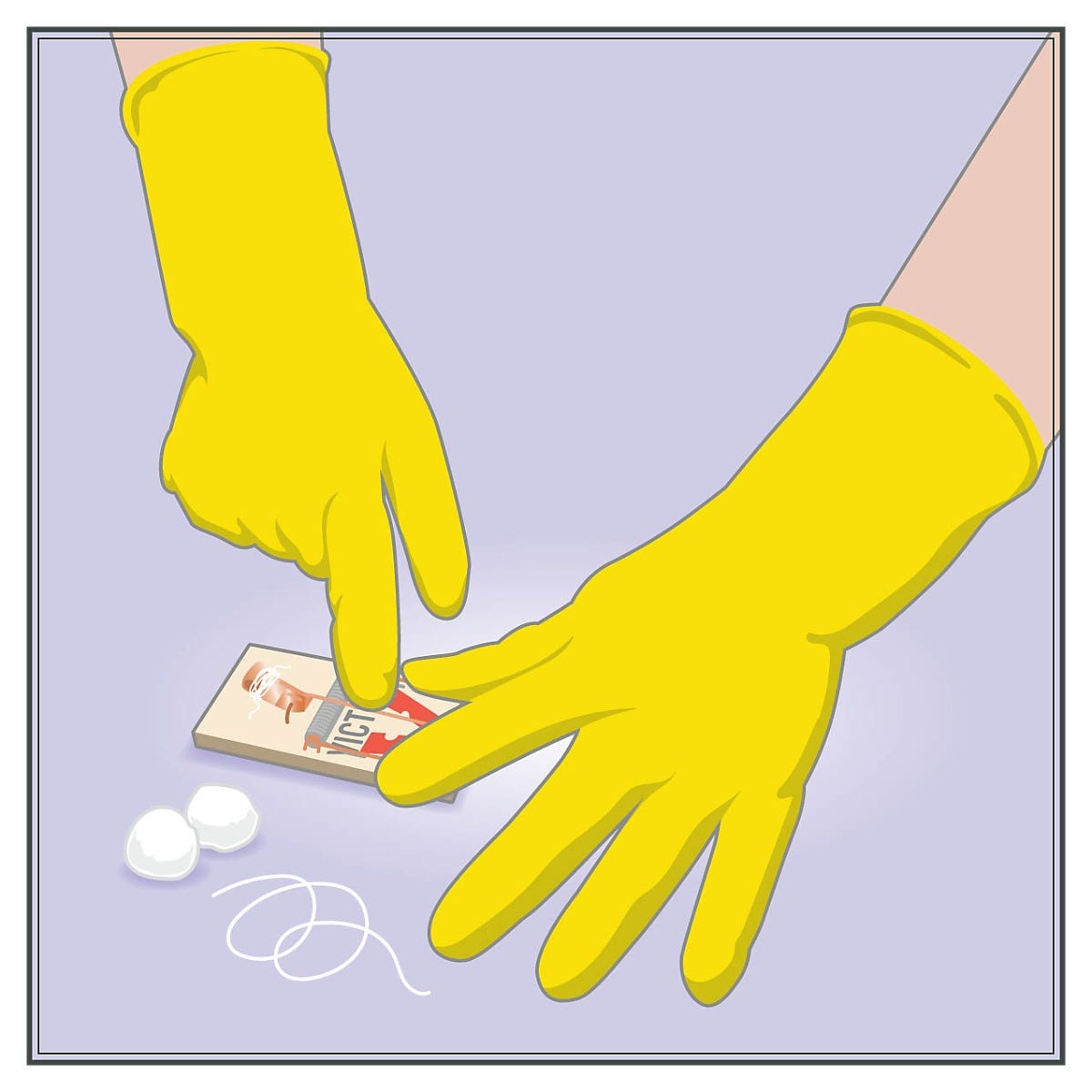 Forget the old cartoon image of mice eating cheese. The rodents are primarily nut and seed eaters, so the mouse trap bait they are most strongly attracted to is peanut butter or hazelnut spread. Their hunger for calories also entices them to try chocolate. When temperatures drop outside, mice come inside, slow down, and focus on building nests, so they can be lured to mouse traps with materials such as cotton balls, dental floss, yarn, and twine. If using snap traps, tie or wrap the fibers around the mouse trap's trigger to force mice to pull or gnaw on the bait, springing the trap.

MISTAKE: USE TOO MUCH BAIT INSTEAD: USE ONLY A TINY AMOUNT 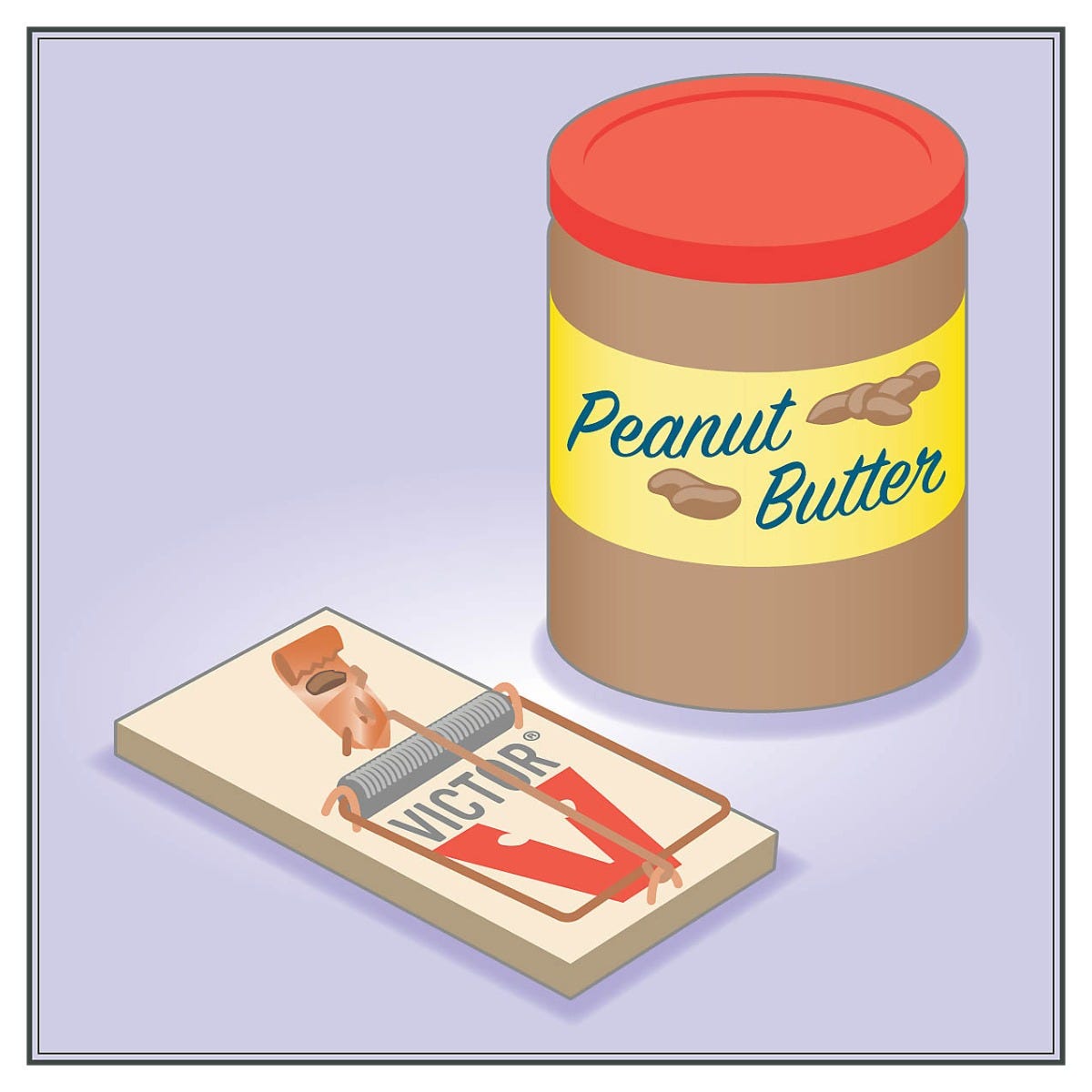 When mouse traps are loaded up with a lot of bait, the pests can steal some of it without getting caught in the trap. A pea-size amount of mouse trap bait is just right - enough to attract mice, but not so much that they can eat it without springing the trap. 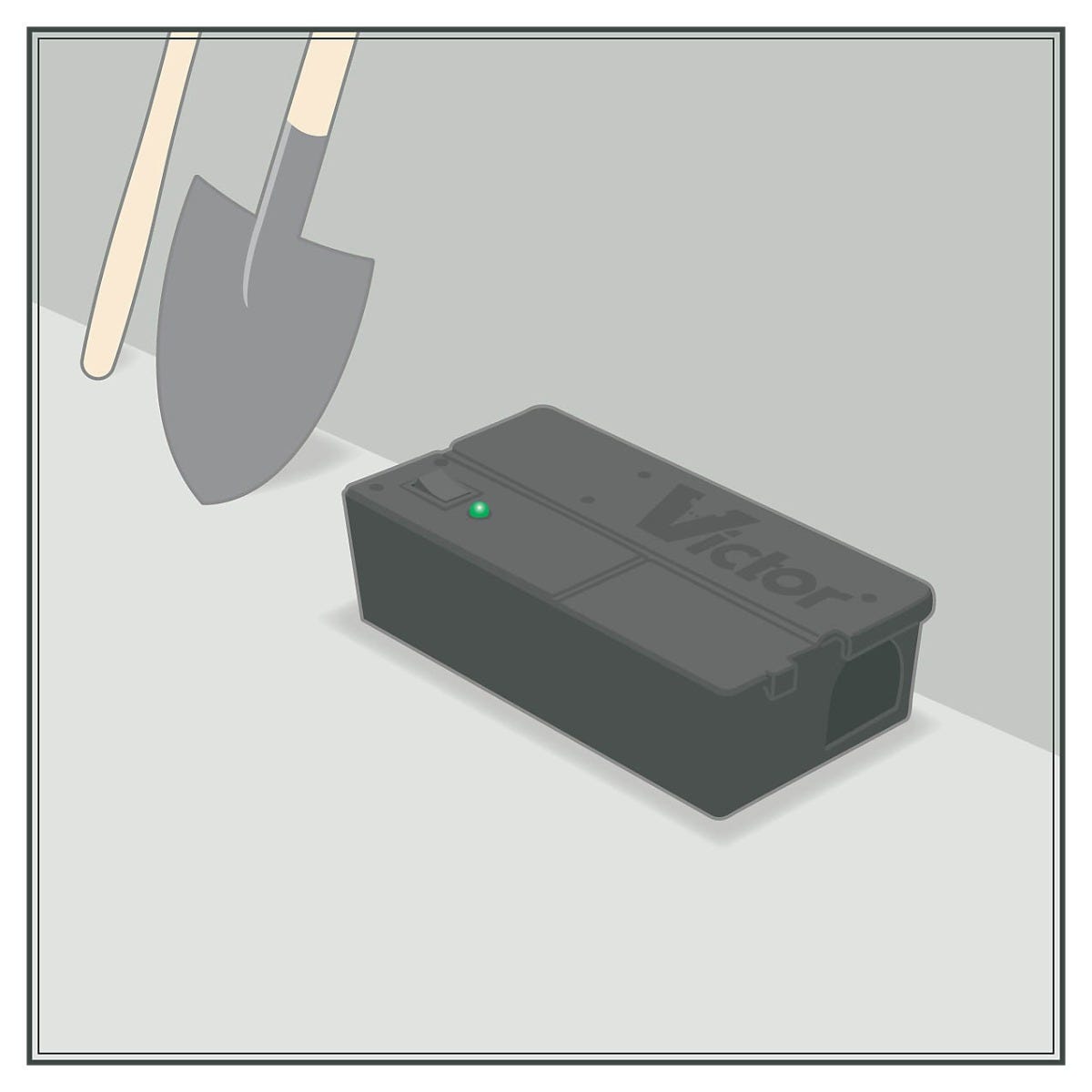 Mice are naturally wary of new objects in the areas they frequent. Acclimate them by putting out baited but unset mouse traps for a few days, whether using classic snap mouse traps, electronic mouse traps, or live traps. Once the mice begin taking the mouse trap bait, it means the mouse traps are in the right place and that the pests will return to them. Then it's time to set the mouse traps.

MISTAKE: SET THE TRAP IN THE WRONG PLACE INSTEAD: GO TO THE WALL 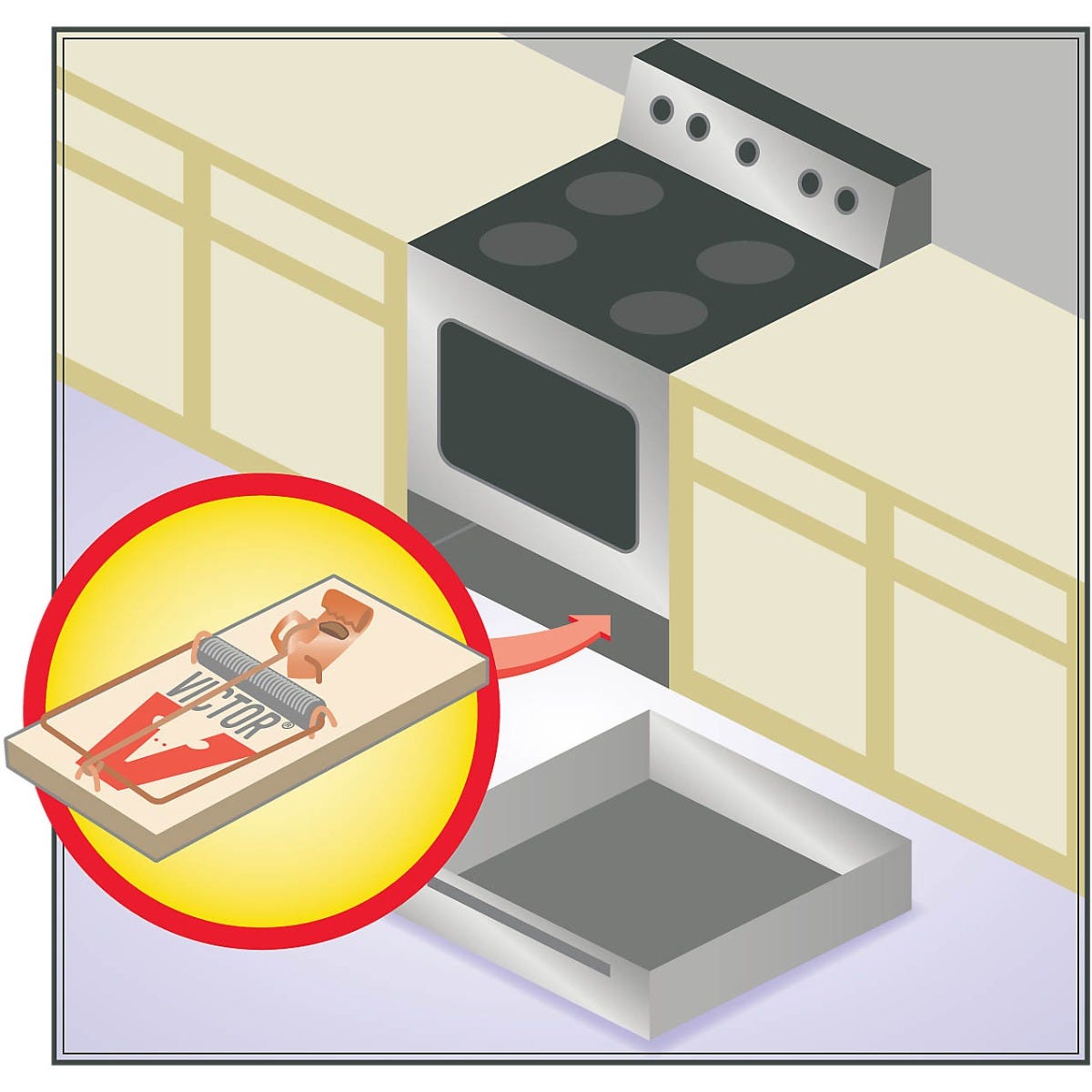 It's easy to place mouse traps in the wrong place - don't make that error. Because of their innate fear of open areas, mice scurry around the perimeter of rooms and the dark recesses of a home, close to the walls, where their whiskers help them navigate. To catch pests where they are active, place mouse traps along walls where they primarily travel. The bait and trigger end of the mouse traps should be facing the wall so that mice will be tempted to explore them rather than walk around them. Whenever possible, place mouse traps in concealed areas, such as the backs of cabinets or behind the stove (pull out the drawer beneath the oven for easy access). 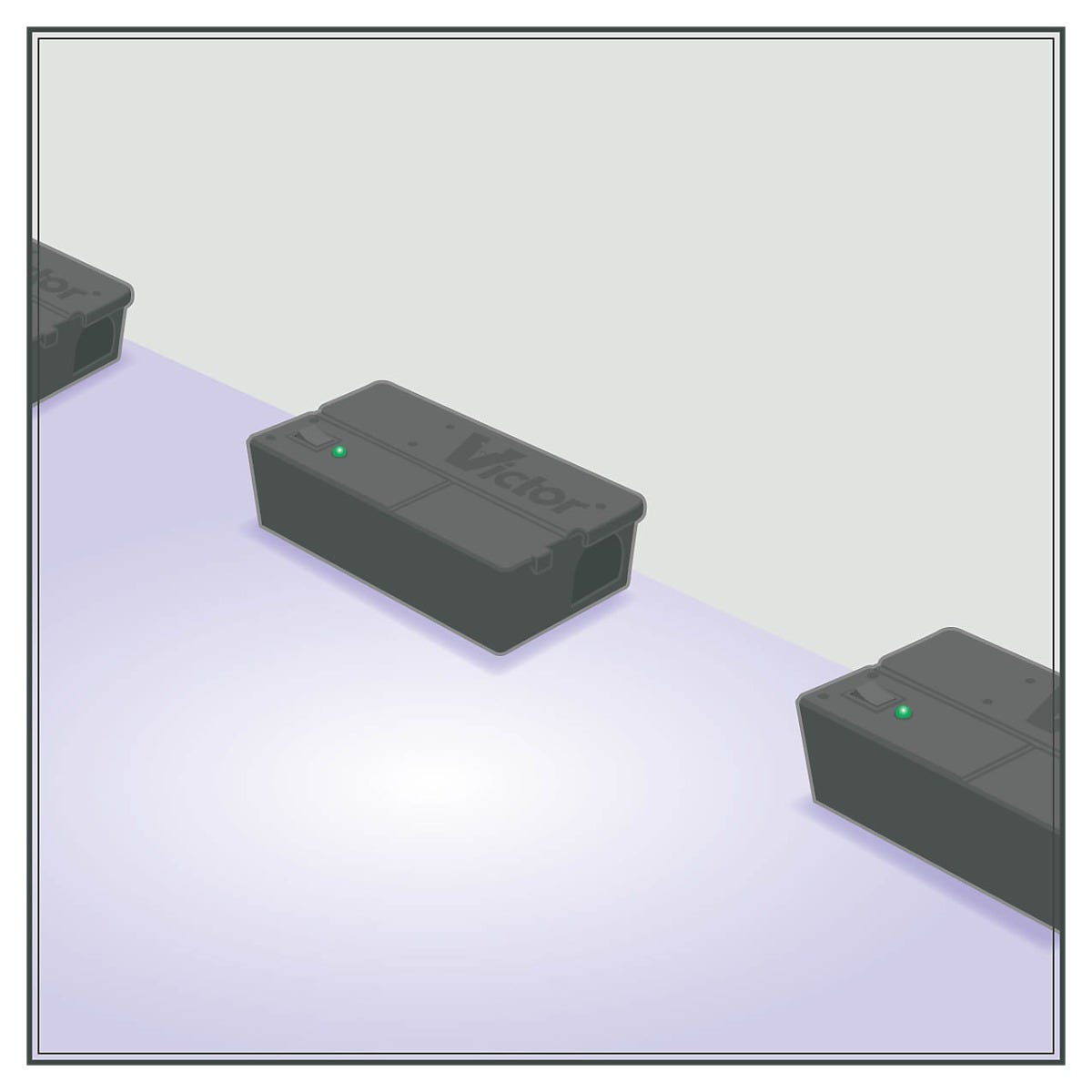 Mice reproduce fast and furiously - they can produce six to seven babies in a litter as quickly as every 21 days or so. To stop an invasion of mice, more than a few mouse traps should be set to eliminate the problem quickly. The most effective strategy is to place one mouse trap every 2 to 3 feet along the wall where there are signs of activity. In the highest-trafficked areas, set mouse traps in pairs as close as an inch apart.

MISTAKE: START TOO SLOW INSTEAD: PLAN FOR A BIG FIRST NIGHT 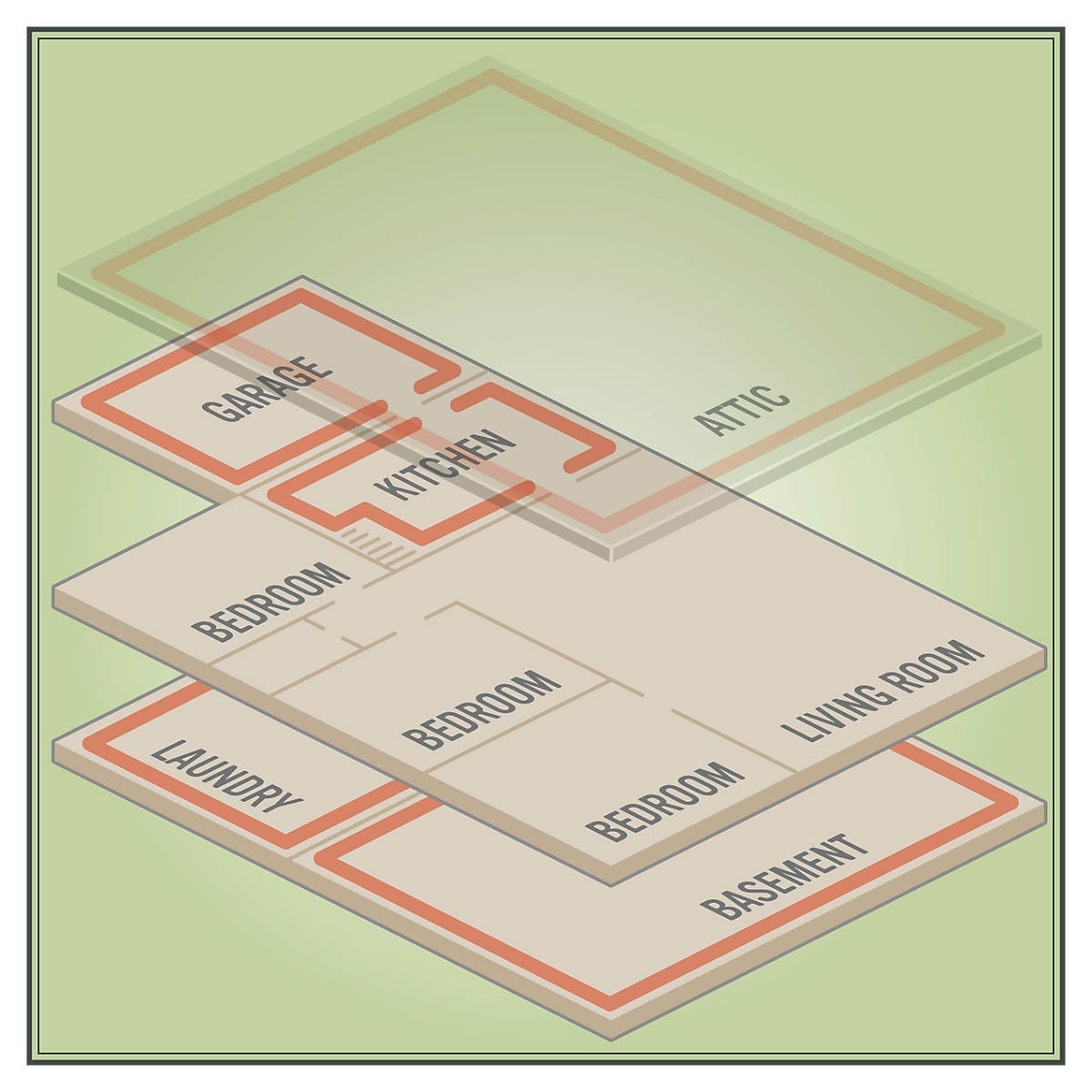 Studies show that more mice are caught on the first night that mouse traps are set out than on any subsequent night. So start the campaign to get rid of mice by setting mouse traps wherever there are signs of their activity, and use many mouse traps and a few different types of mouse trap bait to be sure opening night is a rousing success.

The Victor® Quick-Set™ Mouse Trap is our easiest trap to set and use. Simply bait, set and place. When a mouse takes the bait, the Quick-Set™ snaps shut for a quick kill. Its new and improved design offers a narrower body and more effective Kill Point™ to ensure that rodents are exterminated instantly and humanely.

After the rodent has been trapped, the simple squeeze-and-release mechanism opens the mouse trap to dispose of the body cleanly without ever having to touch it.

The Victor Power Kill Rat Trap is set and released with one simple “click”. This one-step open and close mechanism also makes it easy to cleanly dispose of the rodent with no hand contact.

The trap was design with a large trough, for easy baiting with any of their favorite foods. The Power Kill’s oversized pedal is easily activated – both by rodent interest in food and through accidental contact as rats scamper across the floor – to ensure maximum trapping. Once a rodent triggers the pedal, the powerful jaw immediately springs closed for a quick, humane kill on contact.

The clean-trapping, easy-to-set Victor Power Kill Rat Trap delivers effective and immediate rat control - even in hard to reach places. Each powerful rat trap features two holes on the back for attachment to pipes, beams and other hard-to-access places that rats thrive.

Made of highly durable plastic, each rat trap is safe for use around food, water, animals and children and can be reused multiple times to maximize rat control. Victor Power Kill Rat Traps are the perfect for use anywhere in the home. These rat traps should be placed where rodents travel, such as along walls at 2 to 3 foot intervals.