12 Rat Trapping Tips for Your Customers

Rats are one of the most unwelcome yet pervasive creatures that coexist with humanity. Even though no one wants rats around, they gravitate naturally to human dwellings.

If your customers are battling rats, it is crucial they learn the most effective trapping tools — as well as the best bait for a rat trap — in order to win this war. With the following tips, you will have all the facts you need to help your customers catch a rat in any situation.

Rats instinctively use walls, fences and other physical borders as guides while they travel. They will not roam into the center of a room or yard. That’s why traps are most effective when placed along a wall and in a low-light setting.

To increase odds of catching rats, advise customers to place traps inside closets, as well as under any furniture sitting along the walls.

A clever way to lure rats into traps is to cut a hole on each side of a shoebox and place it along a suspected rat path. Simply put a baited trap inside. 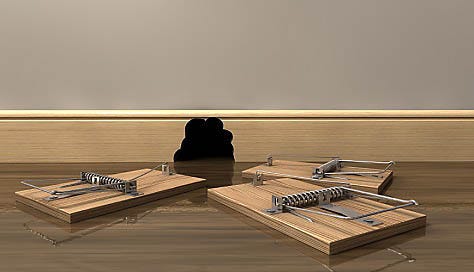 The best bait for a rat trap could all depend on the species of rat in your customer’s home or business. Different species of rats eat different types of food.

Rats are smart and will be suspicious of new objects in their environment. Traps will also be viewed with suspicion and because of this its best to get rats accustomed to traps before setting them. To introduce a trap, have your customer place it in an active area but tell them not to set it at first. Advise your customer to allow rats to feed off this “safe” trap for a day or two. Once the rat is comfortable with it, bait the trap again and set it. If done too soon and the trap misses the rat, the rodent will learn to avoid it.

If a customer is concerned about killing a rat, advise them there’s a high-tech method for repelling it outright. The Victor® Ultra PestChaser® emits piercing oscillations in a range of frequencies that only rodents can hear. Set Ultra PestChasers® in attics, basements, sheds and garages. The devices should drive these rodents away.

There’s really no reason to use slow-working chemicals, which can leave dead rats in hard-to-reach areas of a home or business. After a few days, the animal will begin to rot and stink.

Mixing poison with edible bait is also problematic. For example, a rat could get away with the bait and drag it across the floor, allowing the poison to spread.

For the best chances of catching a rat in the trap, tell customers to keep the bait small and centered on the trap activator pedal.

The brown rat, also known as the Norway Rat, measures between 7 to 10 inches in length, with an additional 6 to 8 inches for its tail. Rat traps need to be much larger than mouse traps. The trouble is that a lot of homeowners barely know the difference between rats and mice, let alone how to determine whether an infestation involves one or the other. It’s your job to make sure they have the right trap size.

Before a customer can pick the best trap for the situation, it’s crucial to determine whether they are dealing with a rat or mouse. Have them look for these clues to the animal they’re facing:

Because of the difference in size of the two rodents, rat traps are much larger than mouse traps. The large yellow pedal on the Victor® Easy Set® Rat Trap is designed to take down rats in a single snap. The smaller pedal and kill-bar on the Victor® Metal Pedal Mouse Trap is perfect for catching mice, but it is insufficient for rats.

When your customer sets up and baits a snap trap, advise them to wear gloves and apply the bait with kitchen utensils. Rats are afraid of humans and know our odor. In fact, they can detect our scent from the oil left by fingerprints. While direct contact won’t render traps totally ineffective, rat trapping rates improve when a human scent is absent from the trap. 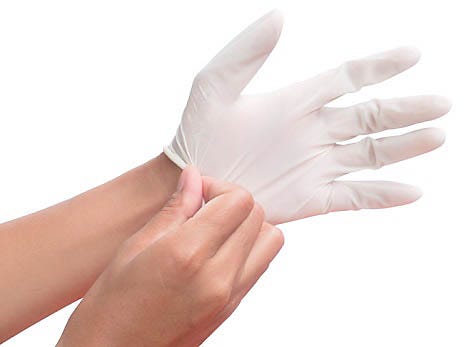 The Victor® Electronic Rat Trap is a convenient and powerful alternative to conventional snap traps. Operating on four C-size batteries, this mailbox-like device lures rats inside and kills them instantly with a 7,000-volt shock.

The Victor® Electronic Rat Trap is easy for the average homeowner to set up and operate. It requires no food bait. Features include 50 rat kills per battery set, no-touch rat disposal and an indicator light to signals that a kill has occurred.

Tip ... Use as Many Traps as Needed

If your customer suspects their problem is down to a single rat, they can solve the problem with one or two strategically placed traps. If, however, there’s an infestation, advise them to place a up to a dozen traps around their home or business, including in their yard and outbuildings.

To make an area less rat-friendly, explain that they need to seal garbage bins, rake debris away from structures and keep firewood and other outdoor supplies raised at least a foot off the ground.

After this cleanup is completed, advise them to place several traps along fences, the sides of building and in any crawlspaces and attics.

There are two clever reasons why rats travel alongside walls: First, they use their whiskers to sense objects in front of them in the dark. By keeping one set of whiskers touching a wall, they know they are still on the right path. Secondly, traveling along a wall provides protection – they only have to watch for trouble on the open-air side of their path.

Therefore, a trap is most effective when it is placed against a wall at a 90-degree angle, with the trigger side placed closest to the wall.

If a trap must be placed parallel to a wall, configure it so it is toe-to-toe with another trap facing the opposite direction. This will make it easier to catch a rat coming from either direction. Otherwise, keep tell your customers to keep traps spaced at least 15 feet apart from one another.

Tip 11 ... Trap Rats Outside Before They Get In

When rats invade a house or business, it’s likely because of a swelling rat population somewhere nearby. Tell customers to seal the gaps and plug the holes in their walls, roof, windows and vents (with other handy products you have, of course).

Also advise customers to limit rat-friendly paths on their property. For instance, one of the most common ways for black rats to access roofs is by climbing trees and crawling across overhanging branches. With that in mind, tell customers to trim branches back and don’t allow any tree or bush extensions to be within three feet of their walls or roof.

Finally, explain that baited snap traps should be placed along the fences, trellises and even tree branches. They can use wire to secure traps to branches, rafters and roof pipes, if need be. 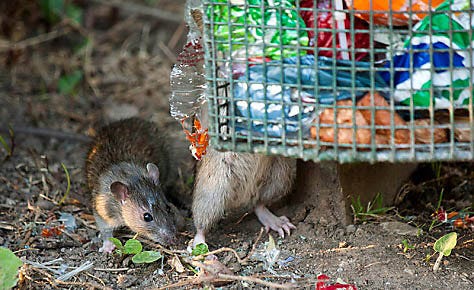 While basic snap traps are powerful, and box-covered traps are even more potent, a step above all of those simpler trapping devices is the Victor® Rat Zapper® Ultra Rat Trap. Operating on four D-size batteries, this thin device fits conveniently alongside walls with its rectangular shape. Customers will bait the inside with peanut butter, flip the on-switch and allow the Zapper to do its trick.

Once a rat has been caught, a red light flashes. Customers empty the rat into a sealable plastic bag, re-bait and place the Zapper back in the rat’s path for another kill. The Zapper kills rats instantly with a powerful 8,000-volt shock.